If you have purchased your ticket from Weekend’s website or from tiketti.fi, you can now upgrade your ticket type for 2 days or to a Priority or VIP ticket without a 5 € upgrade fee until 1.9.2020. Read more here.

We have been closely monitoring the corona situation throughout the spring and hoped that conditions would improve. However, with a heavy heart, we now have to announce that this year’s Weekend must be cancelled. A festival the size of Weekend cannot be organized in the current situation, we do not want to put our customers, artists and employees at risk.

Next year will be special in many ways, as Weekend, which has become one of Finland’s largest festivals, celebrates its 10th anniversary. At the same time, Weekend will get a new home in the centrally located and well-connected Käpylä sports park and in the outdoor areas on the park side of the Helsinki Fair Centre. They offer a combination of urban and close-to-nature for this event, which attracts tens of thousands of visitors and is now even easier for the audience to attend.

The 10th anniversary of Weekend is special and unique in many ways. We know that customer expectations are high and we look forward to being able to show what we have prepared. We have worked hard so that next year, after a year’s break, we can celebrate for the sake of the missed one as well.

Negotiations on the artists for the upcoming Weekend are already underway, and more information will be provided later this year. Instructions related to tickets can be found on our info site.

Above & Beyond have been at the forefront of electronic dance music for two decades and will now be part of the Weekend 2020 and Arena Stage on Friday, August 7th! Two Grammy nominations, a weekly radio show for Group Therapy that reaches millions of listeners, sold-out arena shows, Anjunabeats & Anjunadeep record label owners, Above & Beyond, for the first time on Weekend.

Another release is Steve Aoki, one of the most popular DJ artists in the United States is back in Finland! Last time in 2016, Steve Aoki was part of Weekend’s line up. Welcome back Steve Aoki!

Mikael Gabriel, who took a break last spring, is making a comeback this summer at Weekend! New music is also coming on Saturday as Mikael Gabriel releases his new single “Löytäjä saa pitää”.

Lewis Capaldi, who has already collected a billion streams on his hit Someone You Love, and Trevor Daniel, known for his Falling song, arrive at Käpylä Sports Park in Helsinki on 7-8 August.

For the ninth time, one of Finland’s biggest music festivals, Weekend will have a new home in a central location and within easy reach of Käpylä Sports Park.

Other artists to be released in the Weekend include American singer-producer Ashnikko, known for his first Stupid song, and Y2K, a world-famous DJ producer with his Lalala song.

Domestic releases on the main stage of the event include Evelina and Teflon Brothers alongside the previously announced JVG and Etta.

The artists who have come to the Weekend have previously been announced, among others. A$AP Rocky, one of the most talked-about rap singers in the world, and Norwegian DJ producer Kygo, who collected over a billion hits on SoundCloud and YouTube, and Adam Beyer, a Swedish techno producer known as Ultras main performer.

The festival will also feature four-time Grammy nominee Australian rapper Iggy Azalea, as well as Meduza, an Italian producer trio who has collected over 400 million streams on his Piece Of Your Heart account.

In addition, Weekend will see the last co-appearance of the successful Tungevaag & Raaban duo in Finland, as well as many other superstars such as Kosovo-based DJ Regard.

We are not canceling the festival in light of current guidelines. According to the government, the ban on events for more than 500 people should be extended until the end of July. We are closely following the guidelines of the authorities and the recommendations made by the government. This recommendation does not extend until August when Weekend is held and the arrangements for the festival will therefore continue as normal.

For us, the most important thing is the health and safety of our customers, artists and employees who participate in our festival. If the Weekend 2020 festival is canceled, you can re-use your ticket for 2021 edition or you can apply for a refund. Any service fees will be deducted from the refund.

No artist has announced that they will cancel their presence on Weekend 2020 festival, and if the Corona virus causes changes to our festival arrangements, we will immediately report it in the news section of our website and on our social media channels. 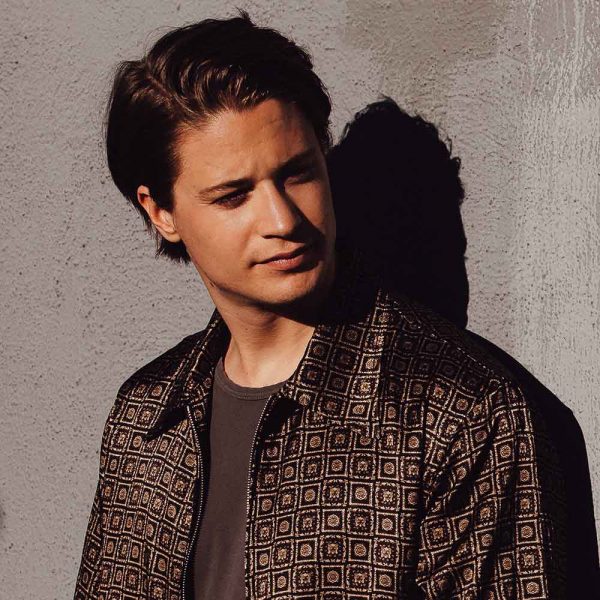 A$AP Rocky, Kygo, Adam Beyer and Iggy Azalea arrive to the Weekend 2020 at a new venue in Helsinki on 7-8. August. The festival, which is being organized for the ninth time, will also pamper techno-lovers by bringing the famous Swedish techno producer Adam Beyer, who is also the main performer of Ultra Music Festival.

Other artists to be released are Igga Azalea, an Australian rapper who is coming to Finland for the first time and has been nominated for a Fourth Grammy nomination, and Meduza, an Italian producer trio who has collected over 400 million streaks on her Piece Of Your Heart single.

In addition, the Weekend Festival will feature the last co-appearance of the successful Tungevaag & Raaban duo in Finland, as well as many other superstars, including US rap-star NLE Choppa and Kosovar-based DJ Regard.

First finnish artists reveals are the super-popular JVG and Etta, which is well on its way to the top of Suomi rap.